The history of our park

Het Wieskamp has a long history

An area that was enclosed by a boundary was known as a 'wic'. There were areas such as these throughout northwest Europe, so various forms of the word wic occur in many place names. A wic was governed by laws that protected the rights of the lord of the estate. And in some sources Winterswijk is actually referred to as an estate (Hof zu Winreswich (1332), curatim zu Winrichwich (1343), Hof zu Wynreswick (1437) (source: Wikipedia)).

This is what led to the creation of the beautiful surrounding landscape. Powerful landowners appointed administrative officials known as 'scholten' who held jurisdiction and were responsible for maintaining law and order. The scholten also collected taxes on behalf of the lord of the estate and received a percentage of the taxes they collected in return. As stewards of the estate, the scholten were also responsible for maintaining and supervising the use of forested areas that consisted largely of oak and beech. In addition to overseeing the work done by the serfs, in times of war the scholten were required to supply men and horses.

After the Middle Ages, as the landed gentry and the clergy lost much of their power, many of the scholten took over as the owners of the estates. This raised their status and gave them more authority. In the borderlands, these gentlemen farmers were powerful landowners who promoted the interests of the tenants on their land. When the borderlands were divided in the middle of the 19th century, the scholten were allocated large areas of wasteland, and began to develop the land using the latest farming techniques.  (source: Wikipedia)

The influence of the scholten is visible in the landscape to this day. This was what led Winterswijk to be designated a valuable cultural landscape and later a national park. You will see many of the grand farmhouses owned by the scholten as you cycle through the area. Most of them are still owned by family descendants, but some have been converted into residential properties or restaurants.

The landscape created by the scholten is characterised by winding streams, wooded banks and forests. At the beginning of the 20th century, government intervention also enabled the development of land that had been of little use up until then. The land was divided into relatively large agricultural parcels. The conservative approach adopted by the scholten meant that the historic landscape around Winterswijk was largely preserved. (source: Wikipedia)

The Scholtenpad is a local footpath named after the scholten. The often unsurfaced track runs for 105 kilometres with Winterswijk halfway along it. (source: Wikipedia)

Our park is situated in a part of Winterswijk that is mentioned early in the history of the area. In 1619 the area in which the park lies was named in an official deed as Wijskamp, which, in the local dialect, quickly became Wieskamp.

The official deed shows that the estate and property of Wijskamp in Henxel was once owned by the Count of Limburg and Bronckhorst and also had certain obligations to the Houses of Ahaus and Bredevoort. (with thanks to Henk Ruessink)

In the 1960s the area between the Ratumse Beek and Willinkbeek streams was slowly converted into a campsite. After having had several owners, in 1990 Het Wieskamp was acquired by the Van Dam family. The current generation took over in 2003.

PHOTO ALBUM
Take a look at our park ▸ 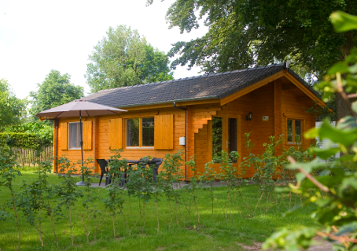 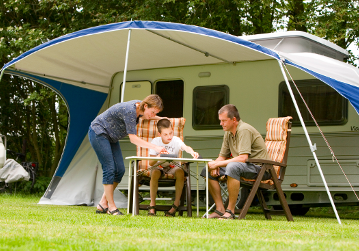 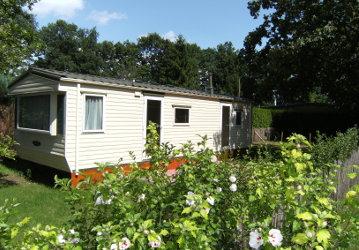